Last week brought the death of Star Wars Princess Leia. In real life, Carrie Fisher not only was a famous actress and writer but also a tireless mental health advocate, speaking out with uncommon candor and self-effacing humor about her lifelong struggles with bipolar disorder and addiction. The day after Fisher’s death, her mother, actress and singer Debbie Reynolds, died unexpectedly of unknown causes. The timing is uncanny, and many have speculated that Reynolds quite literally died of a broken heart. But is such a thing actually possible? 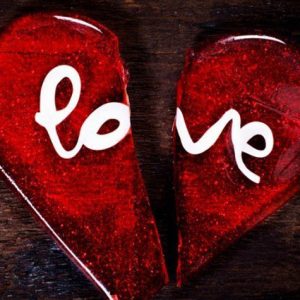 What is really happening when I say, my heart aches, my heart breaks, it’s killing me?

Poetic or Primitive? “Dying from a broken heart” has been used for centuries as a poetic metaphor for the emotional trauma caused by lost love. But the belief that a broken heart could actually cause death? Experts wrote it off as a primitive misunderstanding of health and physiology. As recently as 1942, Harvard anthropologist Walter Cannon published Voodoo Death, in which he dismissed remote societies’ descriptions of death by fright or loss as plain superstition and ignorance. But the poets and primitive societies knew something modern science failed to understand until recently.

Broken heart syndrome has a physical reality.  Twenty-six years ago, Japanese researchers were first to demonstrate the physiology of something they called Takotsubo Cardiomyopathy – or broken heart syndrome – so named because the broken heart is shaped like the traditional Japanese pots used to catch octopuses (tako = octopus and tsubo = pot). Characterized by transient systolic and diastolic left ventricular dysfunction, often in response to a tragic event or loss, Takotsubo Cardiomyopathy is virtually indistinguishable from a heart attack in terms of clinical presentation, electrocardiographic findings, or biomarker profiles. With one major difference: Takotsubo Cardiomyopathy patients don’t have any blockages in the heart. The arteries look completely normal, though the heart itself becomes dilated, ballooned, and very weak.

Yes, you really can die from Takotsubo or a broken heart.  Most patients with Takotsubo Cardiomyopathy or broken heart syndrome recover over time. However, for some it is fatal. About 4% of patients die while in the hospital, and those who survive have substantially increased risk of medical complications and death after the acute phase of the disease. Researchers describe a similar phenomenon with the Widower’s effect, where individuals have an 18% increased mortality risk following the death of a spouse.

The mind speaks straight to the heart.  For years, doctors thought the connection between mental health and heart health was strictly behavioral – assuming, for example, that a person who is depressed is more likely to seek relief by smoking, drinking, or eating fatty foods, all of which could contribute to heart disease. That may be true, but it also appears that biological and chemical factors related to mental health directly influence heart disease as well. When we are overwhelmed by grief or anxiety, for example, our bodies release stress hormones like cortisol both into the bloodstream and directly to the heart through neural connections. Clinical and pharmacological data indicate that the toxicity of these hormones can cause cardiac necrosis – death to heart cells from oxygen restriction – which in turn increases risk for heart failure. In other words, the biology of mental illness is directly linked to the biology of heart health.

The tip of the iceberg.  Broken heart syndrome, and the related biochemical mechanisms, may be the most dramatic expression of a much larger set of issues. We know that people who have untreated depression and anxiety are at higher risk for heart disease and heart attacks. It may be that such risk is linked to cardiac lesions caused by stress hormones associated with these mental health conditions. As compared to the acute syndrome of Takotsubo, the biological burden of mental illnesses like depression and anxiety appears to accrue over time – one more reason to encourage individuals with mental health conditions to seek treatment sooner rather than later.

Yes, it really is possible to die of a broken heart. And some of us have had near-death broken heart experiences. Today’s science of Takotsubo Cardiomyopathy takes us back to the poets who have always known that our life stories will be indelibly written in our hearts as well as our minds.

If French Fries are Wrong…