The Jewish holiday of Purim and the Irish holiday of St. Patrick’s Day both landed on Thursday of this week, March 17th. As a Jewish woman with Irish ancestry, this serendipitous coincidence makes me feel a little giddy. 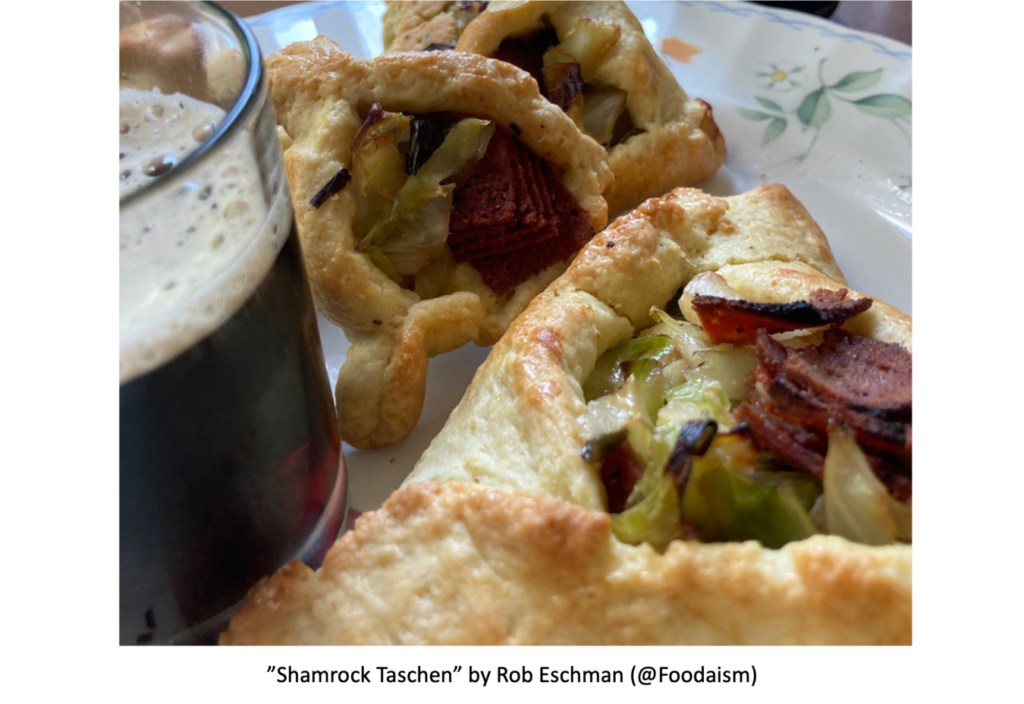 Although the origins and traditions of the two holidays are worlds apart, they independently and collectively tell stories filled with mental health lessons and wisdom when we use a little imagination.

Holidays are a way that we remember to remember. According to The Book of Esther, in the ancient land of Persia, the Royal Vizier Haman urged King Ahasuerus to kill all the Jews in the land. Purim is a joyful holiday that celebrates the foiling of these plans and the survival of the Jewish people. St. Patrick’s Day commemorates the foremost patron saint of Ireland who is credited with spreading  Christianity  throughout the previously pagan land. As distinct as these holidays are, they both encompass  traditions and cultural narratives that have real mental health benefits. Whether it is the Purim spiel or the Saint Patrick’s Day Parade, holidays such as Purim and St. Patrick’s Day are filled with familiar rituals. These can serve as antidotes to everyday stress and anxiety by providing opportunities for people to connect around shared stories, histories, and traditions. These practices have the potential to increase joy, comfort, security, and belonging, which further translates into enhanced mental health.

Leadership. Purim and St. Patrick’s Day celebrate individuals who dared to lead. Mordecai and Esther are our Purim heroes. St. Patrick, born Maewyn Succat, is Ireland’s hero. These are stories of leaders who shaped history. Advancing mental health today also depends on leaders with vision who are prepared to effect changes in their societies and organizations to achieve better mental health for all. Transformational leaders demonstrate high levels of emotional intelligence, passion, and empathy. Studies show that when leaders empower and invest in group members such as employees, students, or team members, higher performance and improved organizational culture, including psychological well-being, follow.

Diversity. Queen Esther is the lead female role in the Purim story, and she is no less than extraordinary. With a little imagination, we can make the case that the Purim megillah is an early case study on the importance of diversity to advance community health and well-being. Esther brings gender and cultural diversity to the kingdom, and the result is that an entire people is saved. In everyday life, promoting diversity, equity, and inclusion helps decision-makers understand situations from different  perspectives, consider other beliefs, experiences, and viewpoints, and promote empathy. Today’s DEI efforts are closely linked to mental health and psychological well-being.

Irish and Jewish mental health stereotypes and data. Mental health myths abound for both Irish and Jewish people. It is commonly held that the Irish have higher rates of alcoholism than other societies, while the Jews have been stereotyped as highly “neurotic.” The Jews and the Irish both have cultural legacies of dispossession, displacement, and discrimination, and we know that such experiences influence the risk of mental illness, but what do the data say? According to the 2014-2020 Health Research Board Report, the prevalence of alcohol use disorders is 8.5% in Ireland vs. 8.8% in the WHO European region. In 2016, Ireland reported an alcohol dependence rate of 3.8% vs WHO European region’s rate of 3.7%. These data suggest that concerns about alcohol use disorders in Ireland are comparable to those of neighboring countries. Similarly, a 1992 NIMH Study documents that overall lifetime rate of psychiatric disorders among Jewish people did not significantly differ from non-Jewish groups. However, compared with Catholics and Protestants, Jews had significantly higher rates of major depression and dysthymia but lower rates of alcohol abuse.  On a positive note, they were also more likely to seek mental health services.

Feasting and Merrymaking. On Purim, Jews eat tri-cornered cookies called hamantaschen. On St. Patrick’s Day, the Irish eat corn beef and Irish soda bread. Both holidays involve drinking. Ancient Jewish tradition teaches Jews to drink until they can’t tell the difference between the antisemite Haman who wanted to destroy the Jewish People, and the Jewish hero Mordecai. St. Patrick’s Day, which falls in the middle of Lent, came to be seen as a sort-of ‘free pass’ or day off from the fasting and discipline characteristic of the season, on which Catholics could indulge in feast and drink. One idea about the obligation to drink on Purim until you cannot tell the difference between Haman and Mordecai is that doing so reminds us to look beyond our differences with humility to uncover our shared humanity – even in those with whom we disagree.

With Purim and St. Patrick’s Day falling on the same date this year, “shamrock taschen” mixes the Irish tradition of corn beef with the Jewish tri-corner pastry. A whole new recipe for honoring traditions, embracing new ideas, and celebrating leaders who serve their communities with vision and empathy – all ingredients that contribute to enhancing mental health across communities.

Kathleen M. Pike, PhD is Professor of Psychology and Director of the Global Mental Health WHO Collaborating Centre at Columbia University
[email protected]

The Hare with Amber Eyes